This morning, one of the marketing team decided to share that there are less than 60 days to go until Christmas…it did cause a couple of us to double take – where did the summer go?  It was only a couple of weeks ago we were enjoying bright sunshine and toasty temperatures!!

So grumbling into our coffee and muttering humbug, we asked what the perfect Christmas gift is to give to someone.  We have a fab new digital marketing apprentice who’s been with the team for a few weeks now and at the ripe old age of 18, he admitted to being really fussy about presents.  He also said that the things he wants tend to be expensive so he always asks for cash, as it lets him pool the pennies to be able to buy what he actually wants – and with cash, he can shop around for the best price as well, as gift cards restrict where he can buy…and you know what, he’s got a fair point!

On further discussion, the team decided the top reason for giving cash as a gift is that it’s flexible – in our Cash at Christmas survey last year, over 55% people said they would prefer to get cash instead of gift vouchers.  Cash also doesn’t have a time restriction on it – how many of us have had vouchers that sit in our wallets and purses for ages, and when we go to use them – they’re out of date…cash doesn’t date!

We also discussed that there is a perception that giving cash, as a gift, could be a lazy option, but in fact we would spin that around and ask who wouldn’t want a gift that allows you to shop anywhere, buy anything and that doesn’t have a time restriction on it…that to us sounds like the perfect gift!! 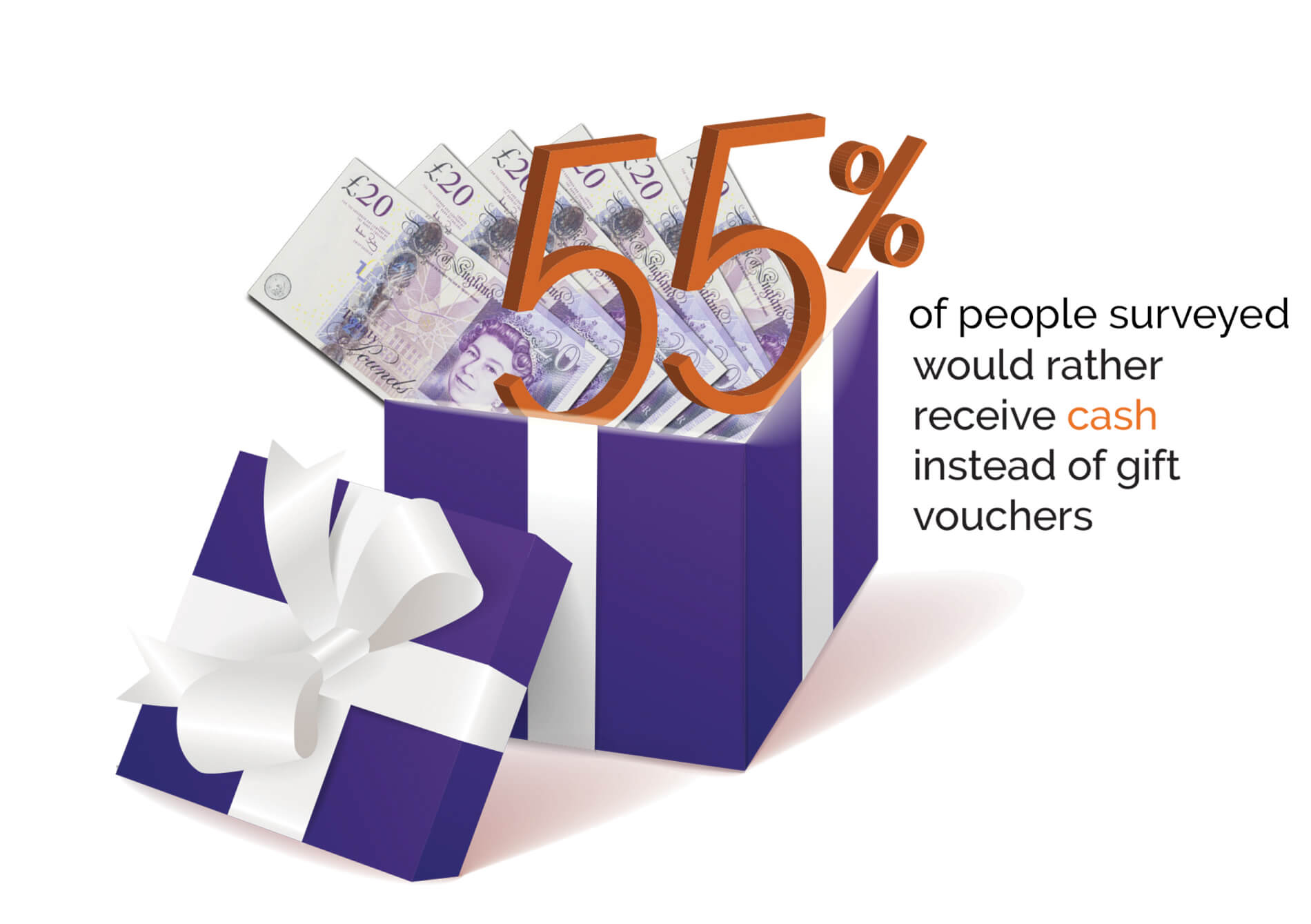