Cash at Christmas – savvy budgeting tool?  We like to think so!

So here we are…2016 has arrived, presents have been exchanged, waistlines have expanded and the credit card bill is imminent…or is it?

In December, we commissioned a survey of over 1,000 people on their spending habits at Christmas and it threw us a couple of eye brow raising results!

Over 60% of 18-24 year olds prefer to shop with cash at Christmas! This result did surprise us, especially as the Millennials are a tech savvy bunch, but it’s great to see they prefer using cash to stick to a budget – and this is further strengthened with our very successful ATM proposition in a number of Universities across the UK and in a recent article in Talking Payments

We then discovered that the Welsh are the most cash savvy, carrying more cash during the festivities, and 92% of our Northern Ireland contingent admitting that cash keeps them on track when it comes to spending at Christmas.

We then ventured into the overspend area of Christmas and asked our survey participants…would they overspend?

There was a resounding ‘YES’ from Essex, with a whopping 87% of our survey team admitting to overspending at Christmas…is that because they’re the most generous county in the UK?  We didn’t ask, but we would like to think so!

So with the credit card bill due, it’s still great to see that 79% of the people surveyed used cash to keep them on budget for Christmas and over 65% would travel to a Free to Use machine instead of using a local Pay to Use ATM – now that is making every penny count!

Even with these facts, we had to ask the question, vouchers or cash at Christmas…we can divulge that 55% would prefer cash than vouchers…as always, cash is the universal payment option, accepted everywhere! 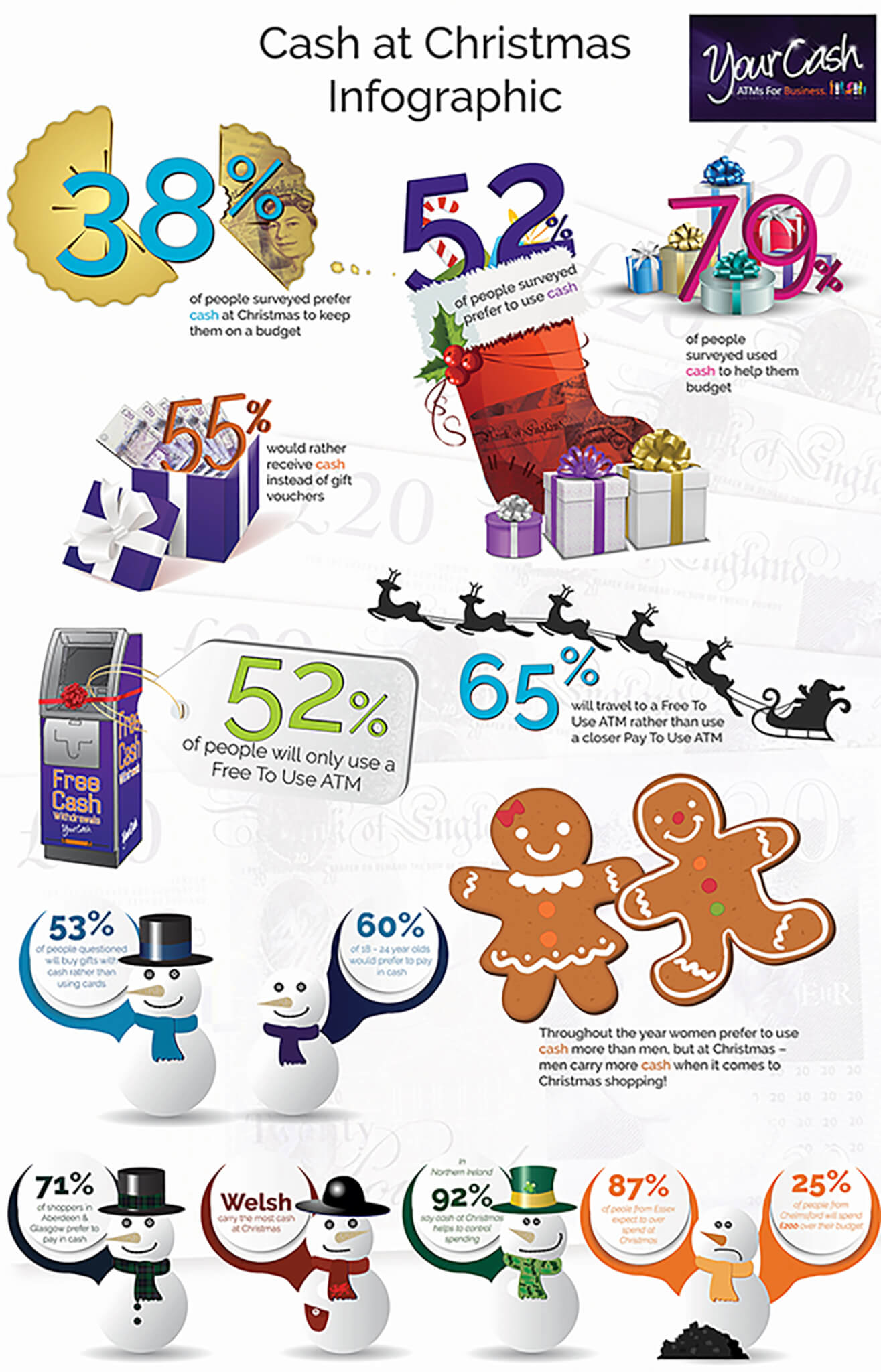