The Future Of Cash (and the ATM cash machine industry) With Mike Lee, CEO of ATMIA

The ATM Industry Association (ATMIA) is an independent, non-profit trade association that promotes ATM use and is constantly looking for new ways to widen the ATM cash machine industry network and make it more convenient for users.

It was set up in 1997 and has 3,500 members in 60 countries and there are ATMIA chapters all over the world in countries including the Middle East, Europe and the United States.

As CEO of ATMIA, Mike Lee is someone who has acquired significant insight into the ATM cash machine industry and mobile banking, including what lies ahead for the industry. YourCash spoke to him about where he thinks the ATM is now and what he believes lies in store for the future.

YourCash: It’s expected that by 2021 cash machines will still dispense around 80% of all the cash used in the UK – do you think this is an accurate estimate?

Mike Lee: Yes I do. When the banknotes for the euro were launched on 1 January 2002 the ATM was the main distribution channel. According to Wikipedia, “By 2 January, all ATMs in 7 countries and at least 90 percent in 4 others were issuing euros rather than legacy currency, with Italy, the worst offender, having 85% of ATMs dispensing euros.” The ATM automates cash dispensing and this is not going to be turned back into a manual function any time soon. The global infrastructure of the ATM is already formidable and no advanced or developing economy can afford to ignore its increasing role in cash circulation and influence on consumer spending.

YC: 80% is obviously a large majority – How long do you think this dominance will continue?

ML: As long as cash is still a popular payment method, which will last for many decades. There are currently about 66,000 cash machines in operation across the UK – an all time high – but in technological terms there hasn’t been much change since they were first introduced. However, certain companies are now starting to use mobile and tablet style technology to transform their cash machines.

YC: What do you see as the future for ATMs in technological terms?

ML: ATMIA sees the ATM becoming a payments hub because e-cash and physical cash meet at the ATM. The ATM cash machine industry links the digital world of money with the physical world where consumers live, work and shop. It can convert real cash into e-cash through cash deposits and it can work the other way by converting e-cash, such as BitCoins or PayPal accounts, into hard cash. This two-way interaction is the rationale behind the new BitCoin ATMs launched in May this year, which have cash in/cash out functionality linked to virtual wallets. In the future we will see greatly increased cross channel integration with seamless customer experiences between e-cash channels and ATMs.

YC: Is the cash machine experience going to get more personal? For example, recognising that a customer regularly withdraws £20 or £50, so offering this as a more obvious option than others?

ML: Yes, this is already happening with more advanced ATMs. Personalisation at ATMs has been a long time coming but the software is there to do this and we see that increasing when the industry migrates en masse to Windows 7 operating systems next year.

ML: Video banking is already happening but it is more the kiosk type self-service device using this function because of the time factor involved in this kind of live remote interaction. ATMs and kiosks work well together and we see this complementary relationship deepening over time.

YC: We now have mobile apps that can do our banking for us, allowing us to pay off bills – there are even apps that we can use to pre-order food and drink, do a weekly shop, buy clothes etc, all using online payment systems. How big an impact has this had on the ATM cash machine industry and what effect will it continue to have as its popularity grows?

ML: Mobile banking fits in with ATM banking in a complementary relationship. There are several programmes whereby the pre-staging of transactions is made on mobile devices that are then consummated at the ATM. In addition, mobile phones are increasingly used to initiate cardless transactions at ATMs. We see a big future for this synergy between mobile technologies and ATMs.

YC: Do you think our mobiles will be replacing our wallets anytime soon?

ML: Do you think it’s ever going to be wise to leave home without a payment plan B in the event of power outages, disruptions during emergencies, etc? Do you want all your payment choices to be made for you? The global cash infrastructure is truly immense and embedded in the lives of both developed and developing economies. We cannot have a Big Brother society that regulates how we pay without the denial of human freedoms. Choice and convenience will always be built into society and into its payments systems. It makes no sense to dream of a cashless society which gives citizens no choice in how they want to pay. Cash is still humanity’s most important form of money and I suspect it always will be while there is still a real physical world out there! 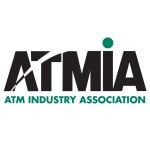