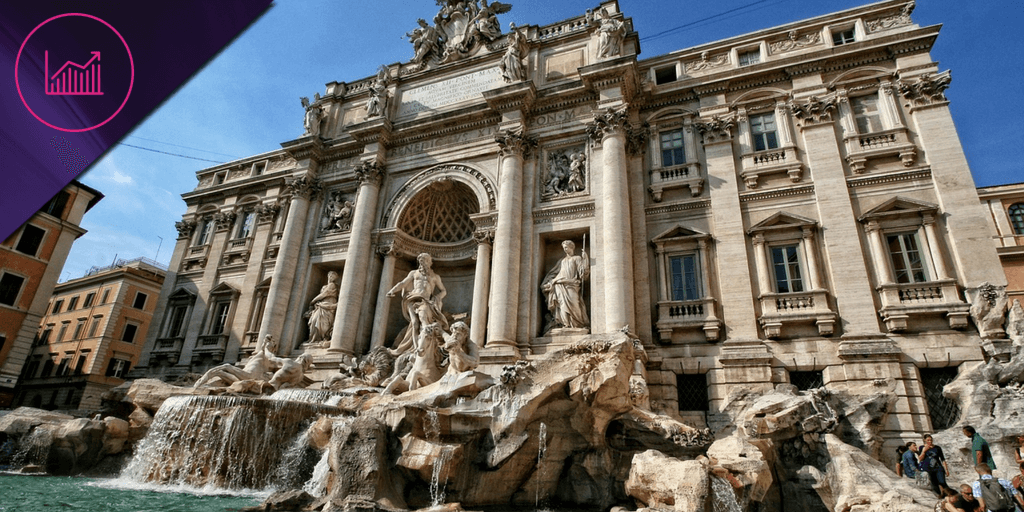 Travelling? When in Rome…

When in Rome… a famous saying but there’s something magical about Rome, especially as you get off the plane. Essentially, you’re walking into the world’s largest museum… even better, the majority of it is open air!!

There are some spectacular places to visit, from the Roman Forum to the Colosseum and a firm favourite – the Trevi Fountain.  Whilst Rome has been immortalised in film, there’s nothing quite like sitting in a café in one of the many plazas, watching the city go about its business and recognising a scene from a film (Da Vinci Code springs to mind here).

With so much on offer, it is difficult to make a choice on what to see, without leaving this amazing place feeling you’ve missed something – but panic not!!  Some helpful hints to get around the city and get the most from it are:

Rome is a place of wonder and beauty – it can be as expensive or cost effective as you want.  Plan your days before going and remember the options to travel around and see the city.

Your store’s impression begins the moment a customer notices your store, then the second they walk through your doors, the journey begins. You want to engage them and make them…
Read more...
By YourCash
Share:
customer / business / business development / Success / advice / convenience stores / increase footfall
/ Success

Retail: How a garden centre can increase footfall

5 Valentine’s day tactics to show your customers you care!

Valentine’s day is a day to show everyone in your life admiration and care, so here are some ideas to show your customers you care! With the sales percentage being…
Read more...
By YourCash
Share:
Success
/ Success

How To Improve The In Store Shopping Experience

Prepare your store for Black Friday with this survival guide! Black Friday (the Friday after Thanksgiving) is full of opportunities for retailers to fatten their bottom line, which is why…
Read more...
By YourCash
Share:
Success / retail / increase footfall
/ Success

How an ATM will benefit your business!

Find out in this blog how an ATM will benefit your business! When you need cash, where do you go? Your local shopping centre, supermarket maybe even a petrol station?…
Read more...
By YourCash
Share:
cash machine / increase footfall
/ Switch

Since the moment it was built the use of an ATM has become very common and necessary. That's why we think knowing a few facts about ATMs is an interesting…
Read more...
By YourCash
Share:
/ Success

More money in your pocket: Making an ATM more profitable

What retailers don’t often realise is that a few simple steps can turn an ATM into an additional money-making machine. To find out how to make an ATM more profitable,…
Read more...
By YourCash
Share:
business / Success / increase footfall