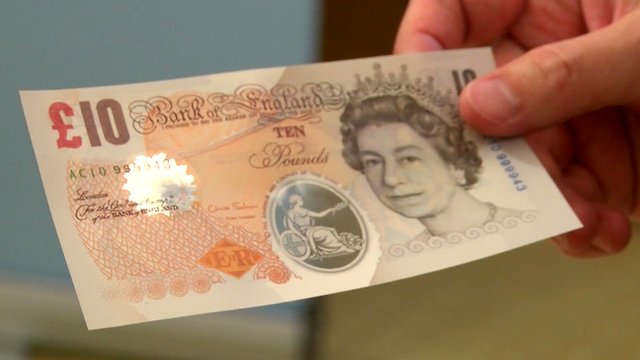 Polymer Notes are coming to the UK

Polymer notes are not a new idea, and are already used successfully in over 20 countries around the world. With the Bank of England’s recent announcement to launch Polymer notes in the UK, there’s been a lot of discussion in the media about the switch from paper money to polymer. With the proposal to start the polymer rollout with the £5 note, we’ll see the new money coming into play from 2016. But what does this mean for us, the consumer?

Ultimately, the primary purpose of the new polymer bank notes is to reduce the chances of counterfeiting. This is a big problem in the UK, with roughly 719,000 counterfeit notes discovered in 2012 (Anderson & Papworth, 2013). It’s certainly bad news for anyone who inadvertently finds themselves in possession of a fake note – it’s worthless and can’t be exchanged for a genuine one. And as a retailer, if you fail to spot the fake at transaction stage, you’ll find yourself unable to bank it, leaving you out of pocket.

According to The Bank of England, the new polymer notes are designed to incorporate a number of new security features that will make them a lot harder to replicate. Counterfeiters will be unable to get their hands on the polymer substrate used in the actual notes, meaning they’ll have to produce a substitute material. If they do manage to recreate a similar material, printing on to plastic brings its own challenges.

John Sheridan, who leads the fight against counterfeit currency at the National Crime Agency, states:

“People who produce counterfeit notes using commercially available equipment such as inkjet printers will find it extremely difficult to get the inks and toners to apply to the polymer substrate. They will find it even more difficult to apply the security features such as the metallic strip,” (Sheridan, J. 2013).

The new polymer will also allow for the insertion of intricate and complex transparent windows in the note. 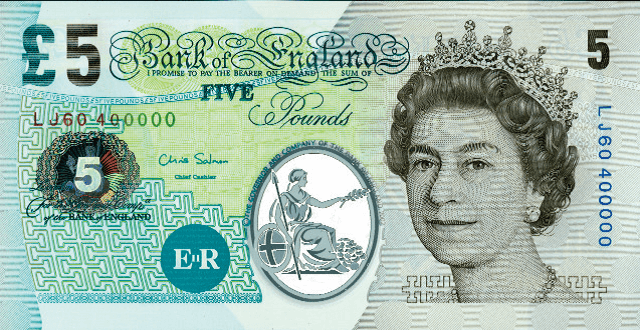 On top of the additional security measures, the notes will be far more durable than their paper counterparts, with the average note lasting 2.5 times longer (Bank of England, 2013). Furthermore, the durability and strength of the polymer means the notes are much more resistant to tears and damage, and the impermeable nature of the plastic allows them to stay clean and new-looking for much longer – so no more tatty money! They’ll also survive a spin through the washing machine – great news for those who have accidently left money in their pockets before.

There are also positive environmental impacts on switching to polymer, despite some critics’ concerns about the use of plastic. Most significantly, the longer lifecycle of the durable polymer notes will see a reduction in the amount of energy needed to produce the notes. The new notes will also be smaller than current notes, resulting in fuel savings for transportation and less raw materials required for production. Furthermore, the plastic can be recycled at the end of the notes lifecycle.

As part of their research, The Bank of England visited shopping centres around the UK to gain the opinions of the general public, receiving feedback from nearly 13,000 people. The Bank said 87% of those who responded were in favour of polymer, only 6% were opposed and 7% were neutral (Bank of England, 2013).

However, there will always be some people that oppose change and object to the new notes. One individual writes on the BBC News website:

“I can’t believe this – How can the Bank of England destroy thousands of years of our cultural heritage? I will not be using these notes; I have a bend in my wallet and it is a known FACT that plastic does not bend! It’s immoral. What next? Rubber coins? A disgrace!” (User: misterhutson, quoted on http://www.bbc.co.uk/news/business-25427663; 18th December 2013).

Of course we have many examples of highly bendable and flexible plastics currently in use, such as shopping bags or Clingfilm. Others have suggested that the new notes are slippery and harder to hold.

Whether you are for or against the introduction of the polymer note, the wheels are in motion for the changeover. A reduction in counterfeiting will result in a stronger economy. Less people will find themselves in possession of fake, worthless notes, and there will be less money in the hands of organised crime. And whilst some people may not like the idea or the texture of the new notes, with such positive implications for the greater good, it’s surely a change worth having?

Anderson, P, and Papworth, J (2013) ‘How to spot a fake banknote,’ The Guardian. Available at: www.theguardian.com/business/2013/dec/17/plastic-banknotes-security-dealers-magicians [accessed 13th January 2014]

Sheridan, J. (2013) quoted in ‘How to spot a fake banknote,’ The Guardian. Available at: www.theguardian.com/business/2013/dec/17/plastic-banknotes-security-dealers-magicians [13th January 2014]