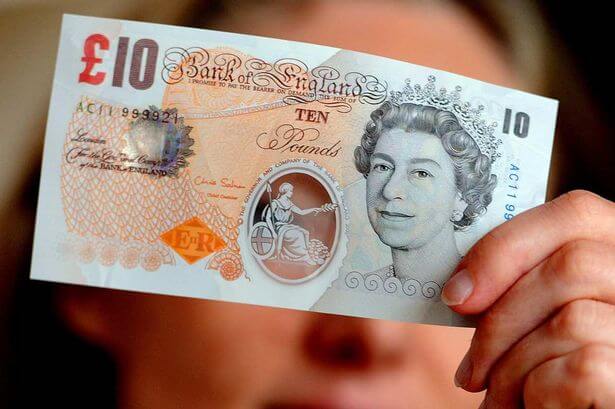 Why we are changing to polymer notes in the UK

With less than 4 months to go before the first polymer notes are released in the UK, there is a movement out there, questioning why we need polymer and what its introduction is going to offer the UK populous.

Ultimately, the primary purpose of the new polymer bank notes is to reduce the chances of counterfeiting. This is a big problem in the UK – In 2015 around 243,000 Bank of England counterfeit banknotes were taken out of circulation with a face value of approx. £5m. That’s certainly bad news for anyone who inadvertently finds themselves in possession of a fake note – it’s worthless and can’t be exchanged for a genuine one. And as a retailer, if you fail to spot the fake at transaction stage, you’ll find yourself unable to bank it, leaving you out of pocket.

According to The Bank of England, the new polymer notes are designed to incorporate a number of new security features that will make them a lot harder to replicate. Counterfeiters won’t be able to get their hands on the polymer substrate used in the actual notes, meaning they’ll have to produce a substitute material. If they do manage to recreate a similar material, printing on to plastic brings its own challenges.

The polymer note isn’t a new concept – Australia led the charge and introduced the polymer note into circulation back in 1988 and in 1996; they moved all their note currency to polymer.  So having seen the ‘plastic note’ option tried and tested, it does make sense for the UK to begin to adopt it.

There will of course be costs involved in switching the UK over from the ‘old’ notes to the new polymer notes, that are 15% smaller than the current notes, but the Bank of England has ensured the right people have been involved with this major currency development.

The Bank of England’s chief cashier Victoria Cleland was interviewed by The Guardian (Sept 2015) and said the Bank was working closely with the cash industry and that feedback had been positive.

Whatever your preference, the polymer note is coming and September will see the launch of the new £5, with the new £10 following in 2017 and the £20 launching in 2020.

Is this a change for the better? We’ll let you be the judge of that!