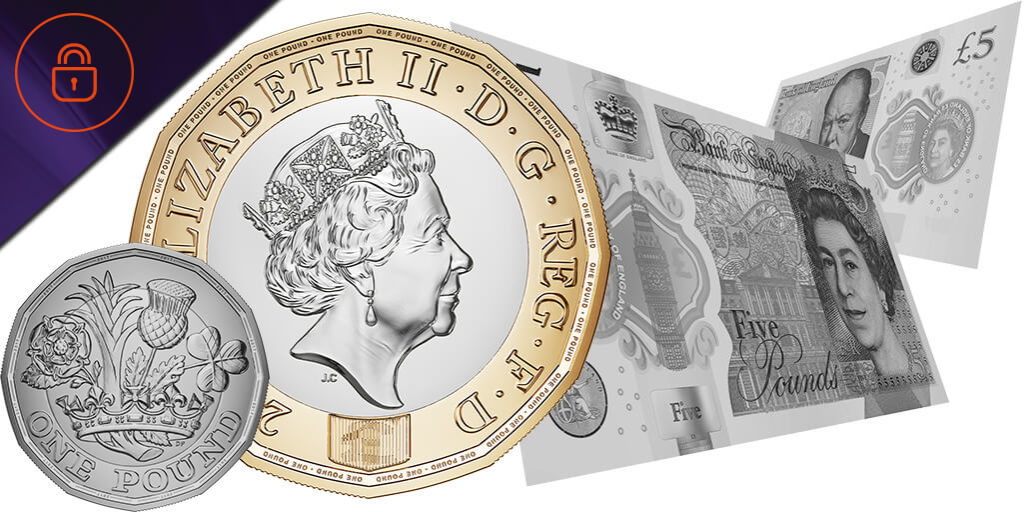 The change in our change

Warning: this post contains puns – and they’re really bad (but quite punny!)

There’s going to be a change to the change in our pockets and it’s quite a significant one. Currency in the UK is becoming more and more secure – last September the Bank of England coined a new fiver made of polymer. They are a big step up from their predecessors and the £10 and £20 are due to follow suit within the coming months and years.

The new key features on the new fiver include a transparent window and Big Ben, which is gold on one side and silver on the other. Whilst these features are brilliant and make perfect cents, we imagine it’d be particularly difficult to put a transparent window in a metal coin. So when the Royal Mint decided to forge a new path for British coins, they had to think outside the box.

Royal Mint HQ has been working hard behind the scenes developing their ideas, particularly on the staple of British coins – the £1. It was released today [28th March 2017] and certainly bucks the trend of previous British coin designs we’ve had before. It’s a spectacular 12-sided, bimetallic design, dough we expect that everyone will be very familiar with it by the end of this year, as the first batch will include 1.5 billion £1’s being tossed into circulation! If you haven’t seen it yet, take our word for it, it’s really mint…

If you’re a retailer or business owner that handles change or has machines that take or dispense change, you have probably already upgraded your equipment. Our ATMs obviously don’t dispense coins, so it you have one of those… don’t change anything!

If you think you need to upgrade your equipment but haven’t yet, you can get advice here on the website dedicated to the New Pound Coin. Other than that, we hope that you like the £1 when you finally get to use it – we’d love it if you tweeted us a picture of your first £1 by using @YourCash on Twitter!

If you're looking for the perfect Christmas Market in London this year, check out this list of London’s top Christmas Markets! Christmas is the biggest season of the year. Just…
Read more...
By YourCash
Share:
events / Christmas / gift / Tourist Attractions

Your store’s impression begins the moment a customer notices your store, then the second they walk through your doors, the journey begins. You want to engage them and make them…
Read more...
By YourCash
Share:
increase footfall / customer / business / business development / Success / advice / convenience stores
/ Secure

As a retailer, you know that your most important asset is your customer base. It wouldn’t be a business without customers! One of the best ways to thrive is to…
Read more...
By YourCash
Share:
secure / retailers / customer
/ Secure

“What do I do when an ATM doesn’t dispense the right amount of cash?”

What do you do when an ATM doesn’t dispense the right amount of cash? We know how frustrating it can be when you’re minding your own business and an ATM…
Read more...
By YourCash
Share:
cash / secure / cash withdrawal
/ Secure

“The ATM swallowed my card!”

If you're sat there thinking... "The ATM swallowed my card!" We've got some tips on the steps to take to sorting this matter. You pop your bank card into an…
Read more...
By YourCash
Share:
secure / bank
/ Secure

What to do if you have cash withdrawal problems!