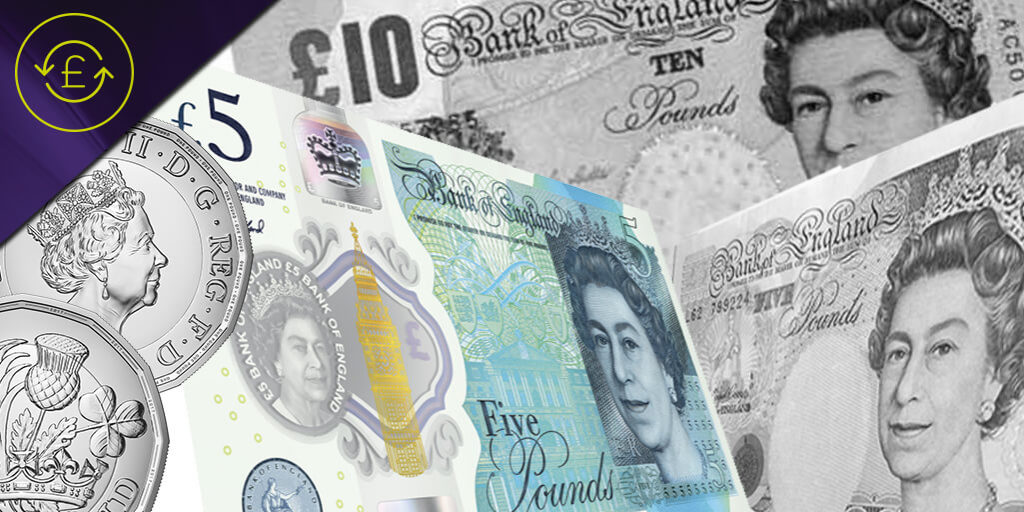 In the past 8 months or so, two staples of British currency, the five pound note and the one pound coin, have undergone fairly radical redesigns.

Last September saw the release of the new £5 note into circulation – the first of the polymer notes to be released by the Bank of England, as the £10 note is due to follow suit this September.

As the deadline to ‘get rid’ of your paper £5’s loomed, the YourCash Twitter account was quite active in reminding everyone of the impending cut-off. This meant that shops (or anywhere for that matter) could reject your use of the old currency on Saturday. It’s past its use by, after all.

On Thursday, less than 48 hours before the old paper fiver would no longer be legal tender, it was reported that 150 million paper £5 notes remained in circulation. Do the maths and it works out that, on average, every adult in the UK has three fivers kicking around.

We’ve now passed that deadline of being able to freely spend the old note, so what now? Considering there are still so much old currency in circulation, are people going to lose out?

Well, no. Not at all, really. But don’t be too happy if you’re clutching a wad of paper fivers – there’s still work to do. The standard procedure is actually to exchange them at the Bank of England, either by post or visiting in person. Details of that process can be found here. Luckily for those that missed the deadline, a few banks are coming to the rescue. RBS and Lloyds Banking Group, for example, have both said that they will exchange their own customers’ old £5 notes. If you try this at a bank where you’re not a customer though, you’re likely to be turfed out, so it’s best to check at your bank first.

Watch out when shopping…

Also be wary when collecting your change when out shopping. We heard a story where a certain fast-food chain tried to offload an old fiver to a customer in their change – then astonishingly claimed that because the customer had touched the note, they had accepted it! Thankfully, after kicking up a fuss, the customer did get their note changed for a polymer. If this happens to you, get the note swapped – it’s unlikely that you’ll be able to spend the note elsewhere.

If anything, we think this can just be a practice run for later in the year. Next up to disappear from circulation is the round pound (the last day to use it is 15th October). It’s probably worth smashing those piggy banks open sooner rather than later so you don’t feel the rush closer to the deadline.

Then, of course, the paper £10 will have an expiration as the new polymer version is released in September… but hopefully by then we will all be accustomed to the procedure and it’ll be a walk in the park.

Your store’s impression begins the moment a customer notices your store, then the second they walk through your doors, the journey begins. You want to engage them and make them…
Read more...
By YourCash
Share:
business / business development / Success / advice / convenience stores / increase footfall / customer
/ Switch

Why is a cash machine a smart business solution? Hi there, we’re YourCash, and we provide ATM services that have been developed to suit all businesses all over Europe. We’re…
Read more...
By YourCash
Share:
Switch
/ Switch

Most valuable retail investment for a small store.

How well do you use your stores space? What if we told you we could let you in on the most valuable retail investment for a small store? Let’s discuss…
Read more...
By YourCash
Share:
increase footfall
/ Switch

We’re going to walk you through 7 of our easy steps to increasing footfall in your store! With increasing footfall you firstly need to understand foot traffic, which is one…
Read more...
By YourCash
Share:
YourCash / Success / access to cash / increase footfall