The Netherlands has the potential to become a fintech hub, but only if the country’s regulatory framework is overhauled and banks, startups and government improve cooperation, according to a new report.

With technology transforming all aspects of the financial services industry and money pouring into the firms leading the change, countries and cities around the world are jockeying to become fintech hubs.

In Europe London has established itself as the fintech centre, but the Netherlands, where the financial sector generates seven per cent of GDP, wants to join the likes of Berlin and Helsinki in providing an alternative.

A new report from Rabobank, ING, Holland FinTech and Roland Berger takes London as a role model and identifies three barriers to success: outdated regulation, insufficient expertise at the watchdogs, and poor cooperation between startups, existing players and government.

Set up for the traditional financial sector, regulatory and legal frameworks are not clear-cut for things like crowdfunding, blockchain technology, or the handling of information about payment streams, says the report , which also claims that innovation is hampered by some of the most stringent rules in the EU.

Meanwhile, there is a lack of consistency between regulators, with De Nederlandsche Bank and the Netherlands Authority for the Financial Markets sometimes differing in their assessments of the same fintech company because of a lack of expertise or guidance.

The report also says that different players in the ecosystem tend to work in isolation, and calls on big banks, government and startups to cooperate in order to accelerate and improve the quality of innovation.

Don Ginsel, director, Holland FinTech, says: “If the government, regulators and private players do their homework, fintech can become the next ‘mainport’ of the Netherlands: or should we say the next ‘payport’.” 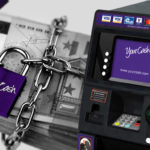 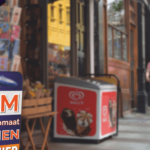 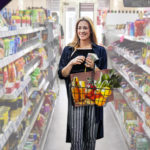 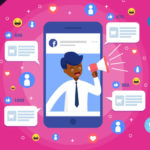 EuronetATMsEU @EuronetATMsEU
RT @LINK_ATM_Scheme: A reminder from @JamesFlanderss at the Sun that old paper £20s and £50s will be expiring soon so make sure you bank or…
Meer...

Ik ben geïnteresseerd in een nieuwe geldautomaat voor mijn bedrijf
Neem contact op
Customise Your Cookies
yourcash.com uses cookies to improve your experience.
To find out more, please review our data privacy notice and cookie policy. If you allow all cookies you will consent for strictly necessary cookies, as required for the operation of the website, and analytics cookies to be placed on your device.
Allow all cookies Reject Customise cookies
Cookie declaration
Cookies are small text files that can be used by websites to make a user's experience more efficient.
The law states that we can store cookies on your device if they are strictly necessary for the operation of this site. For all other types of cookies we need your permission.
This site uses different types of cookies. Some cookies are placed by third party services that appear on our pages. When using our website, you can improve performance and your experience by allowing us to store and retrieve information on your internet browser. This information can include customised settings you have selected on the site & information about you and your device, If you want to read more, you can access our cookie policy.
Back Confirm